Get serious about your fight training to boost your chances of surviving a violent, criminal attack. These articles will give you the knowledge and inspiration you need to start training or to train harder if you already are. With the right skills, you'll have genuine confidence in your ability to not only survive an attack, but DEFEAT your attacker. 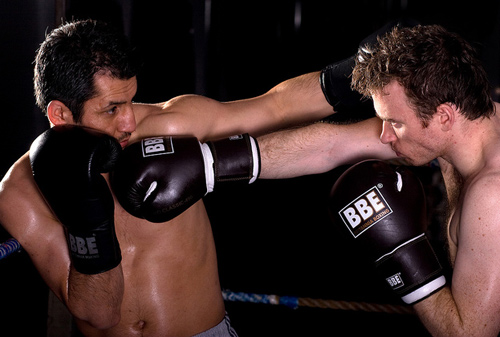 Many people fool themselves into thinking that they can get away with skipping the training of their bodies because they:

These are DANGEROUS beliefs that amount to a gamble. What makes it worse is they are gambling with their lives!

Even if you carry a gun or other weapon, there is a VERY good chance that you will have to physically struggle with your attacker if you are ever ambushed. Criminal attacks mostly happen at very close range.

Even most gun fights between normal citizens and criminals happen at a distance of 3 - 7 feet!

At this range, your physical fighting ability may be the very thing that helps you to survive and get back home to your loved ones in one piece.

Read the Fight Training articles below and start putting together the pieces of the "fighting skills" puzzle. 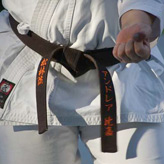 If you want to learn what it takes to protect yourself from an actual criminal attack...

Read my recommendations for the best arts to focus on to truly prepare yourself for a violent criminal attack.

Pre Emptive Strike: The Most Effective Fight Training Principle You Can Learn 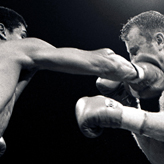 Learning to HIT someone first in a fight can seem like the wrong thing to do to many.

I hope that after reading this article, you will realise that it's one of the most POWERFUL strategies that you can learn to survive a criminal attack.

Hitting first in a confrontation, or the Pre Emptive Strike, usually refers to unarmed or empty handed fighting. Having said that, it can and does also apply to the use of weapons, such as knives or guns.

When dealing with situations involving weapons, it actually becomes even MORE important to be first. Waiting for the bad guy to SHOOT you first, before you shoot back is suicide! 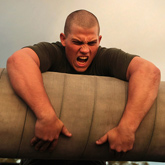 Having the skill and ability to fight back usually involves learning a martial art or fighting style of some kind (unless you learned to fight while growing up, as many do).

In order to be more effective though, you should be actively engaging in regular Muscular Strength Training.

Fighting is a highly physical event that relies to a large extent on strength and stamina. By improving these two things, you will greatly increase your chances of successfully defending yourself.

Self Defense For Women 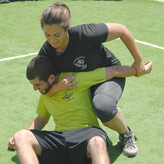 Whether you like to admit it or not, women are more vulnerable to criminals than men are. It's an ugly truth, but it's something that can be overcome with the right knowledge and skills.

As a woman, you will have to work hard to overcome the difference in upper body strength between yourself and your attacker, who will almost certainly be a man.

Self Defense For Women should focus on building awareness of one's surroundings and accepting that carrying and knowing how to use a weapon will give you the best chance of surviving a criminal attack. 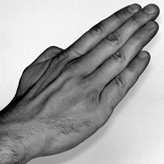 Here are some of the most effective techniques taught as part of the Israeli martial art called Krav Maga. Whether you're a man or a woman, practicing a realistic and challenging fighting system is one of the most important ways to prepare yourself to survive an altercation with a criminal attacker.

These 5 Krav Maga Moves, if practiced religiously, will give you the upper hand in a self defense situation. 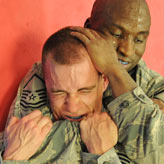 World War 2 forced militaries to rethink everything they had once believed was right. One of the areas that was revolutionized by this terrible event was the nature of Unarmed Combat Training.

The British and American armies sought the help of a veteran of the Shanghai Municipal Police to develop a unique training program that would later become known as "Combatives". 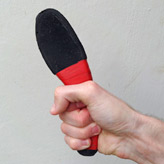 Using a knife to defend yourself against a deadly criminal attack is probably one of the most frightening things you'll ever do (and hopefully you'll never have to). On this page, I introduce you to the Amok! Knifefighting system and let you know how it differs from other ways of using the blade for self defense.

This way of fighting really has a great deal to offer in terms of realism and effectiveness against the speed and ferocious nature of real violence. 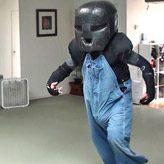 Model mugging is fight training with a difference! In order to get students used to feeling the adrenaline and fear of a real criminal attack, women fight against a "padded attacker". They get accustomed to landing strikes and kicks with their FULL STRENGTH against an assailant who sounds and acts like the real thing.

Find out more about the best Self Defense Course For Women called Model Mugging. 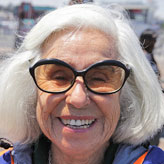 Many of the articles on this site involve learning the important background information that you need to understand criminals, violence and self defense. This is necessary and interesting, but clearly you also need to have some basic, practical skills that you can start using straight away!

Here are 10 Self Defense Basics even your grandma could use!