Take your fighting skills to the next level with World War 2 unarmed combat training. Use these simple but lethal moves to quickly defeat your assailant. 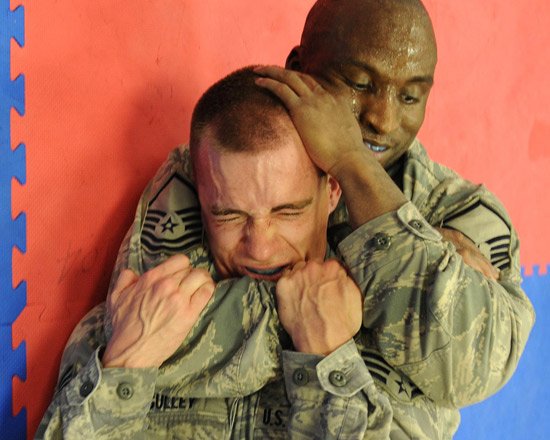 When I think about this topic, I'm usually referring to what is considered by many people to be the absolute, MOST effective fighting system ever devised: World War 2 Combatives.

To clarify, “unarmed” combat means fighting WITHOUT a weapon. In other words, with your natural body weapons: hands, elbows, knees and feet.

This "system" of fighting was, as the name suggests, developed during World War 2, as a way of rapidly training American and British soldiers to fight and survive if they happened to lose their main weapon (their rifle or handgun) during combat.

This method of unarmed combat had to be:

It also could not require any special athletic ability on the part of the soldier in order to be effective. After all, soldiers come in all shapes and sizes (!). It had to work for anyone.

In 1941, the American and British militaries asked William E. Fairbairn and Eric A. Sykes to come up with a unique training program that could be used to train soldiers who would be going straight into war within the next few months or even weeks.

This was not theory!

These young army recruits were likely to use the skills they had just learned to save their own lives or the lives of one of their fellow soldiers in the very near future. As it turned out, that’s exactly what many of them did. Numerous reports can back from the front lines during the war, indicating that these techniques were being used to successfully kill enemy soldiers.

The unarmed combat training system that Fairbairn and Sykes developed was based on their combined knowledge and experience of fighting against criminals and street gangs during their duty as policemen in the Shanghai Municipal Police (Shanghai, China was said to be an extremely dangerous city during that time period).

They had numerous opportunities to test out what worked and what didn't, in real life-and-death situations. I recall reading that Fairbairn was involved in over 600 deadly force encounters while serving in Shanghai! The hard won experience that he earned over there was what made the military choose HIM to help develop the unarmed combat training system that would be taught to every single US and British soldier going to the front lines of World War 2.

Unarmed combat or "Combatives" as it's sometimes called, is very different from most martial arts, in that the sole purpose of most of the physical techniques is to kill an enemy soldier.

This system doesn’t concern itself with coloured belts, white uniforms, bowing or learning to count to ten in Japanese!

By all accounts, the system worked and worked well. Numerous reports came back from the front lines of the war, detailing the violent experiences of American and British soldiers using the unarmed techniques to successfully kill enemy soldiers.

World War 2 Combatives consists of a small number of highly effective, deadly techniques that are simple to learn and can be remembered for years without regular practice. In fact, there were several news reports over the years after WW2 that mentioned elderly veterans of the war using the techniques they had been taught decades before to defend themselves from muggers and street criminals! I just LOVE reading about this kind of thing happening. It just warms my heart!

The most important thing to remember when thinking about and practicing these simple but deadly techniques, is that they are to be used in an aggressive, attacking manner. They are a last resort, to be utilised when your life is in danger and you have no other choice, so there is no point in holding back!

Attack the criminal in front of you will all the aggression and force you can muster with no thought of defense. If you use sufficient “forward drive” and hit hard enough with these moves, you should have little problem defending your life from even a larger, stronger attacker.

Some of the primary techniques the soldiers of WW2 were taught include the:

This strike is similar to the palm heel strike taught by many martial arts such as Karate and Judo. It has some significant differences though. 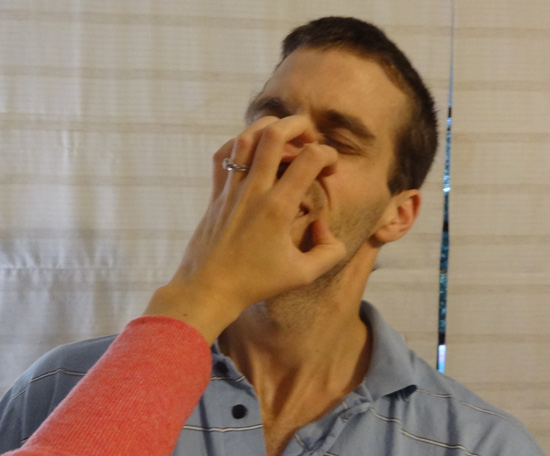 To perform this strike, pretend you are holding a heavy Shot put ball up near your chin. Your fingers will be splayed / spread and your wrist cocked back. This strike is usually aimed at the face or head of the opponent. The idea is for your finger tips to scratch his eyes at the same time as the heel of your palm strikes his chin or nose with great force.

This blow is quite capable of knocking an adversary unconscious. It can be used from just about any angle and is effective with minimal training.

The Chin Jab is similar to the Tiger Claw, but the angle of the strike is what makes it different. This strike uses the same hand formation as the Tiger Claw, except that it is directed up and under the chin of the bad guy. You should try to knock his head off with this one! 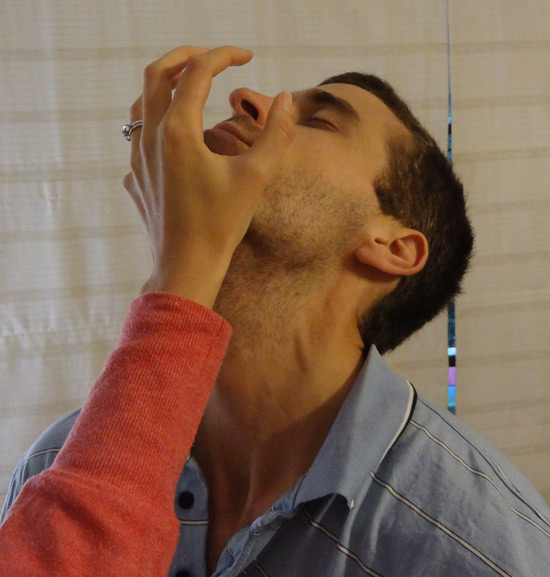 The Chin Jab: this strike caused more accidental deaths of soldiers during World War 2 unarmed combat training than any other

What makes it effective at producing a knockout or even death, is that by forcing the chin straight upwards, enormous pressure is put on the cervical vertebrae of the neck. This strike is capable of killing an attacker if you hit hard enough. In fact, there were numerous reports of deaths of American soldiers using this strike in training before leaving for war. In addition, there are many official records of enemy soldiers being killed with this strike by US and British soldiers during the war.

This blow was one of the most famous and effective of all the World War 2 Combatives techniques. In other martial arts, it's referred to as a knife hand strike or the "Shuto" in Karate. 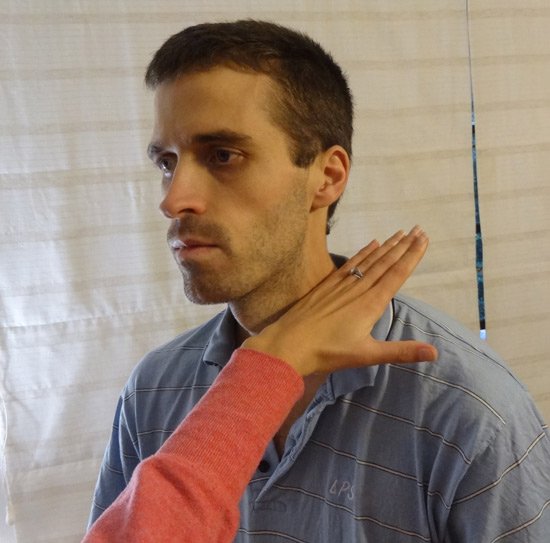 In unarmed combat training, the hand formation differs slightly from the one used in most martial arts, in that the thumb is "flagged". This means that instead of tucking the thumb in alongside the index finger, the thumb stands upright while the other 4 fingers remain together.

The reason for this variation was to create a stiffer, stronger structure that was better able to withstand the force of a blow.

This blow was meant to be a fast, whipping strike to just about any part of the assailant's body. The most effective areas, however, are the:

There were several kinds of kicks taught to the soldiers of World War II, but the primary one was a short, stomp to the knee or shin bone of the enemy soldier. This sneaky kick was difficult to block or avoid since it came from well below the adversary's line of sight. 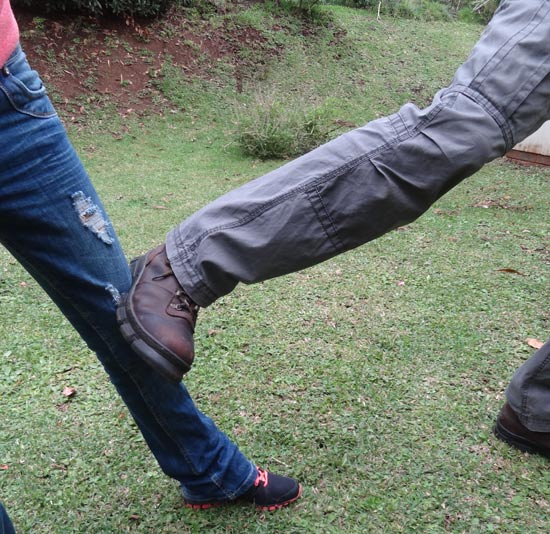 The goal was to break the guy’s knee by kicking it backwards or sideways against the natural direction of movement of the joint. The other variation of this technique involved stomping with heavy boots against the top of the shin bone (just under the knee cap) and scraping all the way down to the foot. If done with enough force, the stomp would also break the fragile metatarsal bones of the foot. A truly nasty technique!

These techniques were developed for a very specific purpose and time. If you intend to use these moves, make sure you are justified in doing so. In other words, they are only to be used in a real lethal force situation. If used correctly, and with enough aggression, there is a great likelihood of killing or seriously maiming your opponent.

I feel that they are an extremely good set of techniques that can only compliment your other training efforts to improve your chances of fighting off a violent criminal attacker.

For more excellent information about this system of fighting, visit the following websites: