Self Defense For Women: 4 Crucial Areas Of Change

Imagine four simple life changes that’ll launch your fighting ability skyward. Better self defense for women is just a matter of making the right decisions.  My tips below will allow you to get the advantage against the bad guys by playing to your strengths. 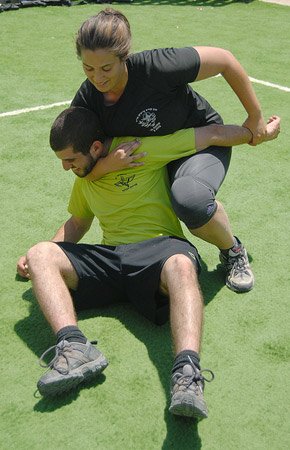 There are actually MANY other aspects that are initially more important for a woman to focus on than the physical skills of fighting.

Before we even get to that, however, I must mention this (silly) idea that women don't need to learn to defend themselves because the men in their lives will just protect them!

This is clearly not always possible and is a bit of an outdated notion! Firstly, most men work during the day. Whether their wives or girlfriends are at home, or (most likely) working at their own jobs, they are apart from each other during the day.

This idea also excludes the single ladies for whom the idea of protecting themselves is probably far more appealing than expecting a man to do it.

Secondly, the idea that only a man can develop the means to protect a woman from criminal violence is a bit insulting to many women!

Self defense for women will always involve different strategies from those that men rely on. There's nothing strange or wrong with this fact. The physical differences between men and women, for example, mean that certain self defense moves will be less effective when a woman does them. 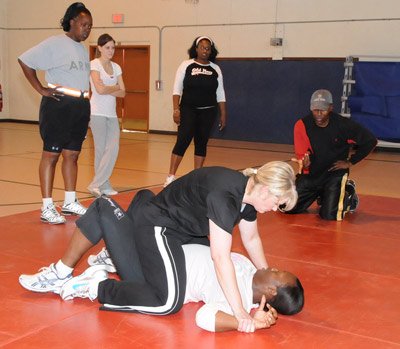 Since we know this, we need to figure out ways to enhance women's natural abilities (e.g. their highly tuned survival instinct and intuition) and use them to avoid criminal violence.

The Four Most Important Areas Women Need To Focus On

The following 4 areas or concepts are worth focusing on where self defense for women is concerned. I will cover each topic in more detail below.

The 4 areas of focus are:

Awareness Of Your Surroundings

The first area of focus when it comes to self defense for women is awareness.

Awareness or "being aware of your surroundings" is a critical part of learning to protect yourself from crime.

By being alert and noticing a criminal who is trying to set you up to be robbed or attacked, you will either be able to escape in time or better prepare yourself for the coming attack.

Don't get me wrong, it's also the first thing every man should learn, BEFORE all the hardcore fighting moves and strength training that they tend to want to do first.

If you haven't yet read my page on awareness, it's a good introduction to the concept. The short version is that if you practice and give real, conscious thought to noticing all that is going on around you anytime you are out of the safety of your own home, you will be able to spot danger BEFORE it is too late.

If you are highly aware of what is going on around you while you are walking to your car after a shopping trip, you will spot the criminal waiting to rob you when you get there. If you see him early, you can easily turn around and head back into the store.

Perhaps you will then choose to ask a security guard to escort you back to your car. You may even decide to phone a friend or the police.

The main point is that awareness gives you OPTIONS.

These choices would not have been available to you if you were not paying attention. Without awareness, you may not have noticed the man hiding near your car until he was right next to you...

...shoving a handgun into your ribs!

Sadly, this kind of thing happens all the time. Almost every time, the victim of the robbery or carjacking says:

"But he just came out of nowhere!"

He DID NOT "come out of nowhere"! He was there the whole time, you just weren't paying attention!

Self defense for woman is often about developing good habits that keep you safe from criminals.

Like getting your keys out of your handbag BEFORE you get to your car.

It's far safer for you to quickly grab them out of your bag while you are in the store or just coming out. That is when you will still be around other people and have good light. Once you move into the parking lot, you should be focused on looking around. You should be on HIGH ALERT.

Parking lots and other "transition areas" ("in between" areas with very few people around) are very risky places to be. Most assaults, muggings and rapes happen in these areas.

The reason for this is that these places are often away from other people and poorly lit. The criminal has more privacy and there are fewer witnesses or people who might try to stop the attack.

The Reality Of Male Versus Female Upper Body Strength 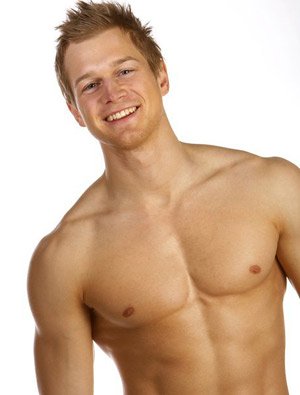 This is an area that can be emotional for some people. It's also one that causes some people to deny reality.

If you don't understand or accept this, you are putting yourself at higher risk of being badly hurt or even killed in a criminal attack.

Without stating the obvious, men and women’s bodies are built differently.

What I really mean is that men tend to have larger muscles and in particular, more upper body strength than women.

This obviously has a huge effect on self defense for women.

It is a scientific fact that, on average, men have about 40 % more muscle mass in their upper bodies (chest, back and arms) than women do (Source: Journal of Applied Physiology study 2000).

This fact has dramatic consequences when it comes to self defense for women. If we ignore the rare cases of extremely muscular women and very thin, weak men, a male attacker will often be able to overpower a female victim with his superior strength alone.

Since this is something you cannot easily change (even if you spend years in the gym building muscle, you may still be outmatched by a man who has never lifted a weight in his life), you need to find a way around it.

There are 2 main ways to get around this challenge:

Self Defense For Women: The Survival Instinct Is Key

When I speak about the "survival instinct", I am talking about the same instinct that makes a mamma bear fight fiercely to defend the lives of her cubs. We humans certainly have that same instinct. 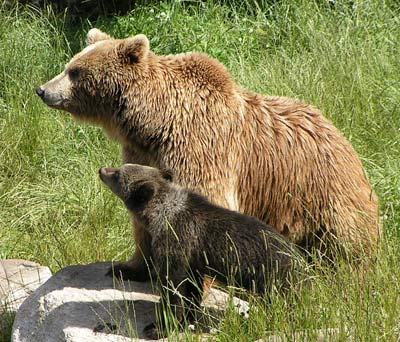 But even if you don't have children of your own, that powerful mental reserve of strength, ferocity and aggression exists within every woman.

Many women who have been attacked by male criminals have managed to defend themselves and get to safety simply by aggressively fighting back.

With the right survival instinct and knowledge...

...any woman can become a fierce, whirlwind of fists, nails and teeth!

When it comes to self defense for women, this is often just what is needed to break away from the criminal and escape to safety. For some it might be right there near the surface, ready to be used at a moment’s notice. For others, it may take a truly dangerous situation to bring it out.

But every woman has it!

You might need to gain a bit of knowledge about how criminals target women in order to tap into that reservoir of strength. Perhaps you will just need to make a firm decision that you refuse to be a victim in order to access it.

However it is done, though, it is essential that you figure out how to access that part of your brain that knows how to...

It is this part of yourself that will be your biggest ally in defending yourself from the violence of a real attack. If you don't think about this, or you ignore it, thinking it's not THAT important, all the other tips in this article will be next to useless to you. 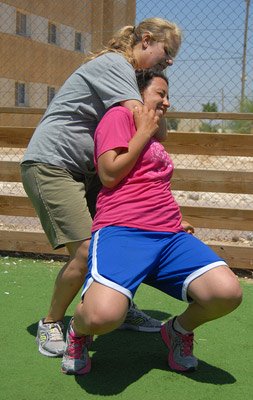 Unless you tap into the survival instinct, no weapon or fancy self defense kick will save you.

You can think of it as the ULTIMATE weapon!

How Can I Unlock My Survival Instinct?

I would suggest you start by improving your knowledge of the realities of violent crime. Many of you probably read the newspaper or watch the news on TV. You frequently hear about terrible crimes committed against women.

However, I really think that these two sources of information may not be the best places to learn about what it really takes to DEFEAT a criminal attacker.

You will learn far more useful information from actual books about criminals, violence, criminal psychology, and self defense.

The internet is another amazing source of useful, unbiased information on self defense for women. You have already started gathering life saving information by being on this website.

Ladies Weapons: Your Most Effective Solution To Violence 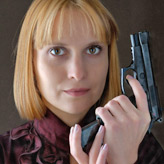 To get a much more detailed understanding of your options when it comes to carrying weapons, head on over to my dedicated Ladies Weapon page.

Deciding to carry a weapon is probably one of the most effective methods of self defense for women. If you have a highly developed sense of awareness, a good survival instinct AND an effective weapon that you know how to use...

... you will officially become your attacker's worst nightmare!

But Don't Stop There!

I do my best to share as much useful information on this website as I can, but there is SO much more information out there about these subjects. You really should try to read as widely as possible.

The more you learn about criminals and the way they commit their violent acts, the more it will fire up your survival instinct or "will to survive". If you don't really know what's out there, or you choose to deny the fact that there are dangerous, violent men out there, you are really short changing yourself.

By trying to hide away from these things, you are only going to make yourself MORE vulnerable to criminals.

I don't want that for you. That's one of the reasons why I created this website.

As A Woman You Can Win Against A Larger, Stronger Male Attacker

There is no doubt that you, as a woman, have some challenges to overcome when it comes to defending yourself from a larger, male attacker. However, you need know deep down that it IS possible and not only that, but MANY women defend themselves effectively every single day!

Many of those women had no training in self defense or martial arts. Many of them didn’t have a weapon, but all of them had something else:

So if there is only one idea that you take away from this whole article and actually use, let it be the concept of "Survival Instincts". It's one seriously powerful tool in your fight against crime!