Aggravated Robbery: How to Spot a Setup and Stay Safe

Meet your attackers head on with superior knowledge and tactics. Avoid aggravated robbery with these simple strategies and zap your fear of criminal attack. I'll also show you how to fight back effectively if you aren't able to escape. 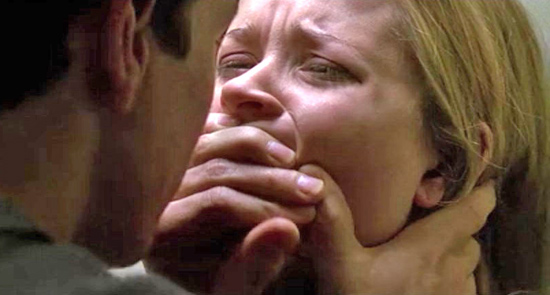 "Mugging" (what this crime is sometimes called) is when a criminal or several criminals (they often work in groups of 2 or more) try to frighten a person into giving up their valuables (wallet, jewellery, cell phone etc).

The Free Dictionary explains the difference between this kind of robbery and "simple robbery":

There are 2 ways that criminals can rob you:

This is how an "aggravated robbery" is different from a "theft".

An aggravated robbery involves violence or the threat of violence, while a theft usually happens when the owner of the valuables is not around.

Common Tricks or "Ruses" That Robbers Use

A "ruse" is a trick or con that a criminal uses to get close enough to you to be able to threaten or attack you.

An example of a ruse used by a criminal who is about to commit aggravated robbery may involve him walking up to you and asking you for a match or the time. If he's actually a robber or a mugger, he may punch you as SOON as you look down at your watch or the box of matches.

Another ruse is when a criminal approaches you and asks you for money or spare change. When the person looks down into their handbag or reaches for their wallet, they lose awareness for a second or two. It’s during this split second that the criminal launches his attack and the aggravated robbery begins. 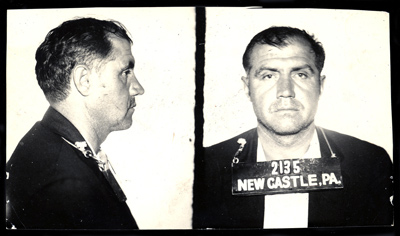 Unlike a scene from an action movie, it usually doesn't take more than one punch for the victim to be knocked down or at least hurt and surprised enough to make the criminal’s job easy.

Despite what many “tough guys” may think, NOBODY is immune to a “sucker punch” (i.e. being punched when they aren’t looking)!

The tricky thing is, these common ruses used to start an aggravated robbery are no different from what beggars usually ask people on the street.

This is what makes these situations SO dangerous.

Some robbers or criminals like to “hide in plain sight" among the other homeless people on the street. So you may not be able to tell the robber apart from the harmless beggar!

Many unsuspecting people have been caught by surprise while being kind and generous to one of these homeless people. Unfortunately, the "beggar" was actually a robber on the hunt for his next victim! In a flash of pain and shock the victim loses not only their valuables, but their dignity too.

How to Defend Yourself Against an Aggravated Robbery

The tricky thing is that you may never know FOR SURE if the person asking you for a match is harmless or deadly.

The only way to be truly safe is to treat every stranger who approaches you on the street with extreme caution!

Some of you may feel that this is no way to live. How can you live your life feeling suspicious of everyone who comes near you?

I understand that, but unfortunately, there is no easy way around that problem. I would say that you just have to harden your heart a little bit in certain situations and rather choose to keep yourself safe.

If you do feel that you can’t live this way and you'd rather take the risk of assuming everyone is friendly and harmless, then you need to be aware of the consequences of that choice.

There are many, MANY people who are…

…from an attack by a violent criminal who may have SEEMED harmless.

If given the chance to go back in time, how many of them would choose a different course of action? How many of them realise how naive they were for thinking that the world is only filled with kind, friendly people?

Try not to confuse being a kind, caring person with being a VICTIM!

You can still be a good person WHILE educating yourself about the dangers of criminal violence AND being careful around strangers on the street.

What About Using Weapons?

Once you understand how robbers operate AND you stay aware of your surroundings while out on the streets, you may want to think about further improving your chances of surviving an aggravated robbery by carrying a weapon. 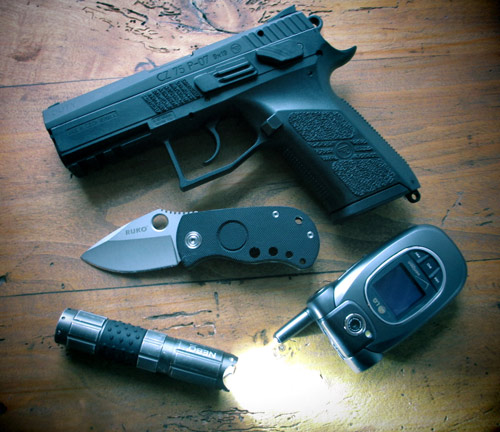 See my page called Self Defense Weapons, for a detailed discussion of this topic. For an aggravated robbery situation, having a weapon can be a blessing OR a curse depending on how you plan to use it.

The reality is that MOST aggravated robberies do NOT result in any injury to the victim.

Usually the threat of violence is enough for people to hand over their valuables and the criminals simply leave.

…sometimes, the criminal is not satisfied with just letting the victim go. Sometimes, despite doing everything the robber asks, the victim still gets shot or stabbed.

As I spoke about on my Hijackings page, many of these criminals are sadists (in other words, they love hurting people. See Sadism) and they go out with the intention of finding someone to rob and hurt.

Since you can never know what is going on inside the mind of another person, you may not be able to tell the difference between a “normal” robber and a murderer.

The only way to tell is by…

If a robber holds a knife against your ribs and demands your money, the natural thing to do is to give it to him! That is just common sense. However, if he

…you may have a sadist on your hands!

THIS is the kind of situation where you need to make a quick and possibly life changing decision. If your GUT tells you that this man is going to kill you or try to rape you, you need to DO SOMETHING!

You have a few options. You could…

Ways to Launch Your Own Attack

If you choose to attack the criminal during an aggravated robbery, you should ALWAYS try to have the element of surprise on your side.

Luckily, he probably doesn’t expect his “victim” to attack him! In fact, if he thought you were the kind of person to put up a fight, he would probably never have chosen to rob you in the first place!

Since the robber is not expecting it, your best option (notice I didn’t say “SAFEST option”) would be to punch or strike him in the face and then keep on hitting him.

If you have a knife or an impact weapon, you MAY be able to get your hand on it without him noticing and then viciously attack him with it.

This is a risky option too, since he may react VERY violently if he sees you reaching for a weapon. But, try to remember that at this stage of the crime, you have decided that you only have 2 choices:

Remember, this may be the most dangerous situation you will ever face in your life! If you don’t DO SOMETHING decisive now, it may be too late for you.

The time for carefully considering your options or weighing the probabilities is OVER.

Another way to sneakily access your own weapon would be to pretend to be reaching for your wallet (he expects you to do this. It’s a ROBBERY after all!). Except, you will reach for the weapon that you have in your pocket instead.

When your hand comes back into view, it will be holding your weapon and you'll be ready to attack him with it straight away.

Some of these ideas may be tough to stomach. I understand that, but I also know that without accepting these ideas, you are leaving yourself more vulnerable to the ruthless and sadistic criminals that live on your streets.

The only way to have any chance at all of avoiding or surviving an aggravated robbery is to learn:

Why not decide TODAY that you refuse to become a victim of one of these sadistic animals? Of course, we all hope never to be faced with a real violent criminal who is intent on hurting us, but if you ever are…

…there are plenty of ways to make sure it's the CRIMINAL who has a bad day, NOT you!